Before I had my own business, I was involved in project management in some quite different types of projects. Those experiences were invaluable, with each project being quite complex in its own right, and affecting many people in many departments and disciplines. Their daily working lives were to change; their working practices were to be changed. As well as the technical, administrative, organizational, financial and practical aspects of each project, change itself had to be managed.

One thing that is always present in any project is the personal element. The successful outcome of a project does not only depend on the planning and implementation of the project detail. It will always depend on the people affected and the people on the project team; how those two sets of people interact is also critical, and especially how the project team will deal with concerns, or even outright opposition, of the individuals, or groups of individuals, who will be directly affected by the project on completion.

From observation and experience, if the “people element” of a project is not managed well, the project is at risk of delay or even total failure. So, the people affected do have to be embraced as an integral part of the project. For this reason, I would spend as much time, as a project leader, in dealing with the personnel to be affected by the project's implementation, as I would with team members, and technical and planning issues.

My thoughts turned to personal success: if an ambitious person had a vision of success, could they not take that vision, treat it as a project, plan what is needed to achieve that vision, and then implement that project much the same way a company would with a project to install a new computer system? After all, a new computer system started out as a vision of someone within that company or organization.

At the very least, some lessons from project management may be of help to an individual who has a desire to succeed, whatever that success might entail. The route to that ultimate success can be broken down into different elements, much as the installation of a new computer system can. Surely a plan to achieve success can be devised and implemented in much the same way? And then managed accordingly?

Have you joined the PMLink community yet? 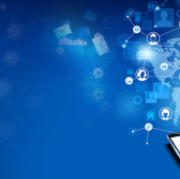 Antonio DInah is a Project Manager in the Marketing Industry. He believes things can be simpler and he tries to use this "simple mindset" in project management.

You need to be a member of PMLink.com to add comments!

This reply was deleted.

PMLink.com is a 7LinksWeb.com project. You don't have to be big to be noticed.